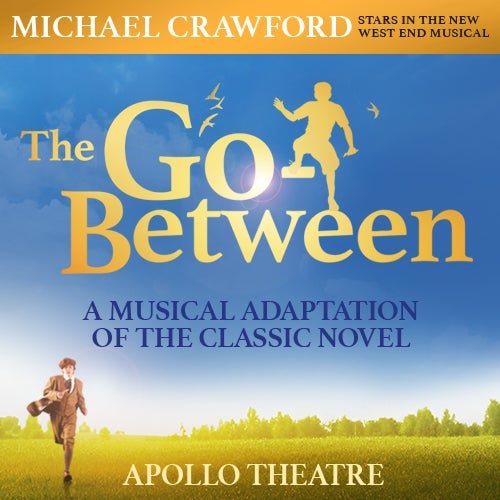 The Go-Between, starring Michael Crawford, is a brand new British musical. It's previewing at the Apollo theatre from the end of May and opens in the first week of June 2016. It's based on the excellent 1953 novel by L. P. Hartley with a brand new musical score by Richard Taylor and an accompanying book by David Wood. The show has already caused a positive stir at the West Yorkshire Playhouse, the Royal & Derngate and the Derby Live event, and it scored high at the Theatre Awards UK, awarded the accolade of Best Musical Production.

The Go Between tells the story of Leo Colston, an elderly gent who lived perfectly happily for a long time until he found an old diary that re-opened a series of nasty childhood wounds. The diary's contents are so explosive they hurl him back in time to events he'd completely buried, and which changed the course of his life. In the searing summer of 1900 Leo had spent time in Norfolk with the family of his good school friend Marcus. While there Leo is manipulated into helping the beautiful Marian and tenant farmer Ted consummate their secret passions, and he gets horribly embroiled in their doomed love affair. This is Leo's story.